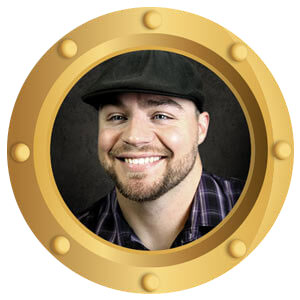 Rayce Bird is an internationally known award winning artist. He is involved in a multitude of design projects and innovations. After graduating from the University of Idaho with a degree in Virtual Technology and Design, Rayce went on to compete on national television on the Syfy Channel’s highly rated series, Face Off, Season 2. After winning the competition, Rayce has been combining both his degree knowledge and his skills that he used on the show doing special effects makeup and conceptual art for both the film and gaming industry.

He is also a design consultant for Adobe Photoshop and has been contracted by the government to design game simulators for training and other cognitive learning projects. Rayce has also been hired to speak at schools and several conventions about his design theories and experiences. Rayce is just beginning his career and has some big projects on the horizon. Rayce’s goal is to innovate and recreate the world around him while inspiring others to do the same.

Designed and developed by
myMobileEvents